Saliva Test Could Tell Us Important Information About Disease 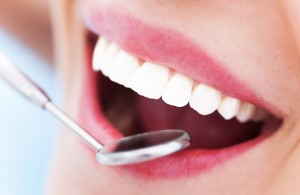 Could your saliva contain early warning signs for diseases like cancer and diabetes?

A new study from UCLA suggests that a simple saliva test is capable of diagnosing diabetes, cancer, and other diseases at an early stage.

The study showed that saliva contains many of the same disease-revealing molecules that are contained in our blood. So instead of undergoing costly, time-consuming blood tests to get tested for disease, patients could simply take a simple saliva test.

In addition to cancer, your saliva could show early warning signs for autoimmune diseases and neurological disorders.

Could change the future of personalized medicine

The UCLA study will be published in Clinical Chemistry’s January 2015 edition, called “Molecular Diagnostics: A Revolution in Progress.”

One researcher claims that this study will have profound effects on the personalization of medicine:

“If we can define the boundaries of molecular targets in saliva, then we can ask what the constituents in saliva are that can mark someone who has pre-diabetes or the early stages of oral cancer or pancreatic cancer – and we can utilize this knowledge for personalized medicine.”

The secret behind the power of the saliva test is RNA. RNA is a cellular messenger. It carries out the instructions given by DNA. RNA travels throughout the cell and performs sophisticated chemical reactions. More and more research is being done on RNA every year – although many of its functions are still unknown.

The UCLA study identified certain biomarkers in saliva. Normally, the enzymes in saliva degrade RNA and other biomarkers, which typically makes saliva tests a poor way to diagnose disease.

“Wearable gear” could be the future

Saliva tests are significantly easier than blood tests. The main advantage of saliva tests is that they can be self-administered. Extracting saliva from your body is much easier than extracting blood.

Dr. David Wong, the lead researcher on this study, claims that these advances could lead to a new lineup of self-diagnosing “wearable” medical devices. In the not-too-distant future, our wearable smartwatches or smart glasses could help us treat disease earlier than we’ve ever treated it before – giving patients the best possible chance of making a full recovery.

Ultimately, the research isn’t fully complete yet: over the coming months, Wong and his team plan to continue their research and work to understand the biology behind their findings – including the function of unique RNAs.

Theoretically, saliva tests could be administered by any medical professional. In the future, your dentist may test your saliva while undergoing a routine teeth cleaning. Hoover AL dentist clinic Valleydale Dental isn’t testing the saliva of patients yet – but a few years down the road, saliva tests could be the cornerstone of good medical health.